My apprenticeship journey with Red C 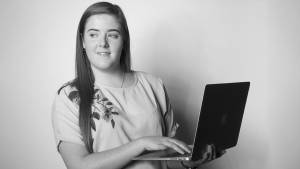 This week marks National Apprenticeship Week. To celebrate, I wanted to share my apprenticeship journey and how it led me to my current role at Red C.

Like many students, when I finished my A-levels (way back in 2016!), I was faced with the decision of what my next step should be. A lot of my friends were heading to university, but I knew that wasn’t the route I wanted to take, both academically and financially.

So, I signed up to an apprenticeship agency and explored creative and digital opportunities, an area I thought would be a natural fit for me. Not long after, I landed an interview at Red C as a Creative & Digital Apprentice. I must have done something right, as I got the job!

During my 14-month apprenticeship, I learnt all sorts of skills. Working alongside experienced creatives, from web developers to art directors, I developed my skills in designing engaging emails and building email templates that adhere to best practice.

Just as importantly, I learnt how to work in an office environment and liaise with clients, something that can be daunting for any young person.

After completing my apprenticeship at Red C, I bagged myself a full-time role on the digital team as a Junior Digital Designer. I’ve now been at Red C for almost 6 years, and in that time, I’ve achieved some great things: 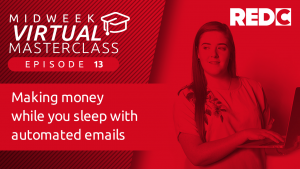 And I have been involved in lots of new business pitches, many of which we’ve won!

Most recently, I’ve been promoted to Senior Email Developer. And as part of my new role, I have the pleasure of training and sharing my experience with our new Digital Apprentice, Zainab Jassim. You could say I’ve come full circle!

I’m so grateful to Red C and all the amazing people who have been a part of my journey so far. And if anyone reading this is considering an apprenticeship, I’d say go for it – you won’t regret it!