We are excited to share the first of two new 30” DRTV adverts for Ambrose Wilson’s AW18 collection, created by Red C.

‘Made for Autumn’ was filmed during the summer heatwave in the idyllic Shropshire countryside and is a continuation of the ‘Made for Summer’ concept that the brand made their television debut with earlier this year. 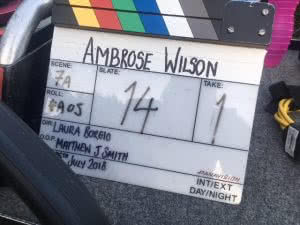 The campaign, which launched on 25th September across ITV, Channel 4 and Sky channels will also integrate through paid social, digital display and traditional marketing for the catalogue, emails and all aspects of CRM.

Our creative team, Clare Absolon (Art Director) and Charlotte Baker (Copywriter), scripted a series of beautiful moments that culminate in an aspirational DRTV advert with an editorial fashion twist.

Don’t forget to look out for the second edit, ‘Made for Winter’, which will air from mid-November!